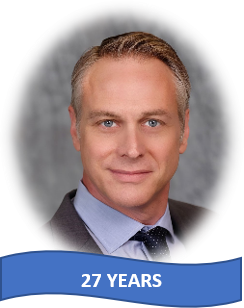 Chris Cannon is proud to be a sixth-generation Floridian. As the son of public school teachers, he grew up with a keen understanding of the importance of education, hard work, deep community roots and a strong internal compass.

Mr. Cannon graduated in the early 1990s from Centre College in Danville, Kentucky, where he double-majored in government and economics. After graduation, he moved to Charlottesville, Virginia to attend graduate school, but the plan suddenly changed when he was recruited by one of the nation’s oldest Wall Street mutual fund complexes in Richmond.

That’s when it all began. With his foot securely in the door of the industry, Chris soon returned home to Florida to become a stock trader for an institutional equity trading desk, eventually handling such complex matters as hedging risks, arbitrage strategies and structuring derivative contracts.

Over time, Chris found that he gravitated more toward the field of pension consulting and portfolio management, and decided to engage in the difficult, multi-year journey to obtain the investment industry’s highly regarded Chartered Financial Analyst (CFA) designation. In 2001, he accepted a Private Wealth Manager position at FirsTrust where he could work hand-in-hand with individual investors to custom design their investment portfolios. He was promoted to Chief Investment Officer in 2005 and became a Partner in the firm.

Mr. Cannon’s investment approach involves stepping into the shoes of each client and making prudent, cost-effective, tax efficient investment decisions as if he were making these decisions for himself. He believes that the simplest solutions are often the best and that each investment decision comes with a pragmatic cost-benefit analysis that must be weighed before anything is ever purchased or sold. This often means deciding not to buy or sell when everybody else seems to be doing the opposite. Chris knows that buying high and selling low is a predicable investor instinct, and he is always willing to help clients understand the counterintuitive psychology that often accompanies sound decision-making.

One of Mr. Cannon’s greatest joys is solving the puzzle that comes in the door with every new client, each with unique circumstances and financial objectives, investments with different cost basis and accounts with different tax considerations. All these pieces must be assembled, enhanced, and sometimes discarded, to allow the client’s big picture to take shape.

"If I were 'king for a day', I'd abolish the rule that allows

One of Mr. Cannon’s greatest frustrations is the age-old “tarnish” that blankets the financial service industry and the lack of effective investor protections offered by today’s federal and state regulators. As a longtime advocate for consumer fairness and transparency within the financial services industry, Chris has spent time on Capitol Hill pleading the case for stricter fiduciary standards to members of the U.S. House of Representatives Financial Services Subcommittee and the U.S. Securities & Exchange Commission in Washington, D.C.. Without substantive reforms to the industry’s fiduciary standard, Chris knows that consumers will remain at a significant disadvantage when attempting to navigate the confusing and intentionally deceptive practices in today’s financial service industry. 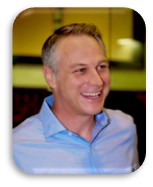 Those who know him best appreciate Mr. Cannon’s extraordinary willingness to stand apart from the crowd and to “do the right thing” for his clients. He believes it is much more important to eliminate the traditional Wall Street conflicts of interest rather than merely disclose them. Unlike the vast majority of investment firms, which charge a fee and also receive commissions and incentives from the sale of investment products, FirsTrust advisors are Fee-Only, not “fee-based.”

As an active member of the community, Mr. Cannon is the longest-serving board member of the CFA Society of Orlando and currently chairs the Advocacy Committee, which is focused on promoting ethical standards in the industry.

As part of his recent work for the CFA Society, Chris created an ethics competition in which students from 10 universities across the state of Florida analyzed a financial case study, identified ethical violations, and presented recommendations for preventing such violations in the future. Mr. Cannon's Ethics Competition received an overwhelming response, and he was nationally recognized for this initiative.

Chris also mentors college students as a member of the Embry-Riddle Aeronautical University’s College of Business Industry Advisory Board. Additionally, he serves as a member of the Best Practices Board for the Institute for the Fiduciary Standard, and he donates his time as a director for the nonprofit Goyan Foundation to support children in need.