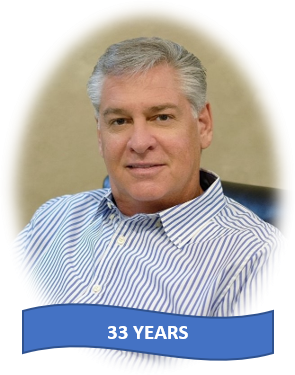 Mr. Koenig is the founder of FirsTrust

Michael's dad was a rising corporate executive. Promotions and relocations occurred every two to three years, and adapting to new environments was just a way of life for the Koenig family. But through these transient, formative years, Michael was a daily witness to the faithful determination it took for a father of three to ascend the Fortune 500 ranks without ever missing a Little League baseball game, a violin recital, or church on Sunday.

To those who knew him best, it came as no surprise when Mike graduated top-of-class from a military-staffed prep school but declined invitations to military academies for a path into the business world. He chose to attend the University of Maryland where he could obtain his bachelor’s degree while continuing his AAU Boxing career on the university’s intercollegiate team and serve in private duty law enforcement after hours and during summer recess.

Mr. Koenig’s career in finance began right after college graduation in 1987 when he was recruited by a large, international financial service corporation to participate in their 3-year Management Training Program. By the end of his training, however, Mike realized that “financial planning” was primarily being used as a sales tool, and his efforts to serve the best interests of his clients had actually been serving a Wall Street profit agenda. This revelation would forever shape his career direction and philosophy.

"There's an unlimited supply of financial products and brokers who are eager to sell them."

"What people need is unbiased guidance in making appropriate financial decisions for their family."

Mike resigned from his position and enrolled in the two-year professional master’s program at George Washington University, where he completed the educational requirements to become a Certified Financial Planner™ (CFP®). Simultaneously, he was developing his own company in Tyson’s Corner, Virginia; by 1992, Congressional Financial Corporation had grown to more than 65 advisors and was recognized among “Who’s Who in Business and Finance” as one of the largest independent, fee-based financial planning firms throughout the Maryland, D.C., and Virginia region.

In 1993, Mike was approached by the president of a national credit union association in Florida and offered a two-year contract to create their fee-based financial planning division. He relocated to Orlando and began planting his professional roots in Central Florida.

Mike  has served as a member of the Board of Directors for the International Association for Financial Planning (IAFP) and the Institute of Certified Financial Planners (ICFP). He has been admitted to the Practitioner Division of the IAFP and recognized on the ICFP's exclusive Registry of CFP Licensed Practitioners.

1995 saw the birth of FirsTrust, LLC, which originally began in Orlando as the FirsTrust Advisory Council and continues today as a “FinancialTeam” of Fee-Only advisors who are completely independent of any Wall Street influence.

Although today’s financial service community cleverly flaunts the term “fee-based,” and many professionals have finally chosen a path of independence, fewer than 5% have taken the “fee-only” oath of objectivity to refuse sales commissions and marketing incentives. Mr. Koenig adamantly contends that independence means nothing without objectivity.

Today, Mr. Koenig serves as CEO and Managing Partner of FirsTrust. He is a Certified Financial Planner certificant (CFP®), a Registered Financial Advisor with the National Association of Personal Financial Advisors (NAPFA) and an Associate of the American Bar Association (ABA) who, for the past 20+ years, has completed at least 25 continuing education credit hours every year at The Heckerling Institute through the University of Miami School of Law.

Throughout his career, Mike has been an outspoken and prolific advocate for eliminating conflicts of interest in the financial service industry. He has spent time in Washington D.C. advocating for stricter financial consumer protections to members of the U.S. House of Representatives Financial Services Subcommittee and pleading the case to prohibit third-party incentives for financial “advisors” to the U.S. Securities & Exchange Commission.

Mr. Koenig has been published in The Washington Post, USA Today, the Orlando Sentinel, The Daytona Beach News Journal, Dow Jones Newswires and the Journal of Financial Planning. He has also served as a financial columnist for several consumer publications, including the "Money Matters" feature in the Orlando Sentinel, and the "Financial Q&A" column in At Home Magazine. Mike also created the “Financial Prescriptions” segment for the Volusia County Medical Society quarterly journal, authored “Sensible Solutions” for Seniors Today Magazine and was a regularly featured financial expert in Mature Lifestyles magazine.

Mike continues his activities with USA Boxing as a Certified Coach and Supervising Official of referees and judges at U.S. Olympic-sanctioned boxing competitions.